Alfonso Ribeiro: This Is What Carlton Banks From Fresh Prince Is Up To These Days 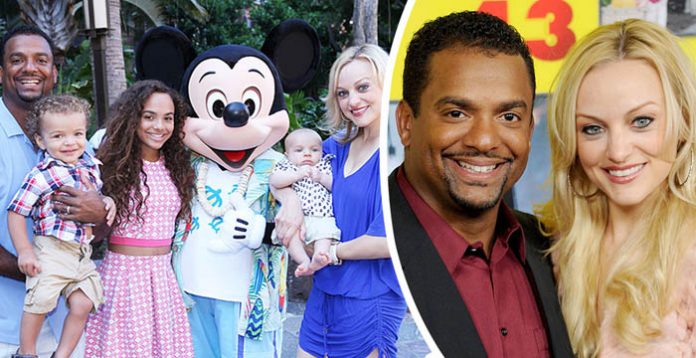 A classic Hollywood series that has been re-watched even today— The Fresh Prince of Bel-Air. Gaining the hearts of millions, Alfonso Ribeiro as Carlton Banks has a huge impact on making this particular series so popular. Born in New York, on September 21, 1971, his family members were involved in Showbiz, so Ribeiro also chose to prosper a career in movies.

During the interview with ‘The Ringer’, he recalled that when he was a kid, his dad was his manager and he often told him, ‘Here’s what we’re going to do: “The more eggs you have in the basket, the more opportunities you have for one of them to hatch when you need them to hatch.”

Ribeiro shared that his dad told him to learn to do everything. Be it dancing, singing, acting, talking, reading. He said to him to be well-rounded in the business. At the age of 9, Ribeiro became part of the showbiz when he got the role in the show Oye Willie. Later, he was seen in The Tap Dance Kid and his dancing talent was outstanding which became his trademark over the years. In 1984, for a Pepsi commercial, he danced alongside Michael Jackson and from there the world started to take interest in him. As Ribeiro recollected the conversation, Michael Peters, who was the choreographer of Michael Jackson and was directing the commercial for The Tap Dance Kid. He was like, ‘Oh, we got a kid.’ And Bob Giraldi goes ‘No, no, no, I got a kid’ and comes to find out that it was the same kid and it happened to be me.”

In 1990, he was seen in an episode of A Different World and after that, he was offered to be in the series. However, during that time, he got the opportunity to perform the character, Carlton Banks in The Fresh Prince of Bel-Air. The series was a big hit and with that Ribeiro ultimately became a real star. His outstanding dancing talent was so catchy that it gained a title called, “Carlton Dance.” According to TMZ, Ribeiro disclosed that he took inspiration from Courtney Cox’s dancing in the Bruce Springsteen music video “Dancing In the Dark” and Eddie Murphy’s dance in the stand-up film Delirious.

He knew that this role had turned the table for him, however, he faced a tough time getting the next role. Ribeiro told Atlanta Black Star, “I had what I love taken away from me because I won. When you do a role like Carlton and people love the role, and you do the job so well that they essentially tell you that you can’t do it anymore because we can’t see you as anything else, it is a very difficult thing to deal with.” “It was like, ‘Wait a minute, but I did it well. I did my job. I did what I was asked to do, I made you believe that that’s who I am.’ That’s what an actor is supposed to do. And then I was avenged for it. Because then I didn’t get to do what my career was. I didn’t get to do it anymore,” he explained.

He took a stand for himself with other actors who have been typecast over the time of their careers. Speaking to Pop Culture, he said, “The idea that you can do something so well in your life that no one will allow you to do it again, is very difficult to go through.” He also explained it with an example that reads: “Imagine being the greatest home run hitter in the game and never being allowed to hit home runs because you hit home runs.

Doesn’t make sense. But in show business, that sometimes is the case. So having to reinvent myself by turning myself into myself, which is weird.” After that, he became the host of the show, America’s Funniest Home Videos and played in the sitcom In The House.

He also took part in Dancing With the Stars. Ribeiro married Angela Unkrich in 2012, however, his marriage was denounced for being an interracial marriage. However, it barely affected the couple because, for him, his family is the most important thing. Once he said, “I try to do everything in my power to make sure that my family’s with me on all of these journeys that I have to go on. I feel it’s incredibly important.” “We prioritize family. We prioritize each other,” he added. Alfonso Ribeiro had a wonderful career and has a lovely family.