Men Detain At Starbucks Because Men Hadn’t Ordered Anything, He Were There For Business Meeting. – Video 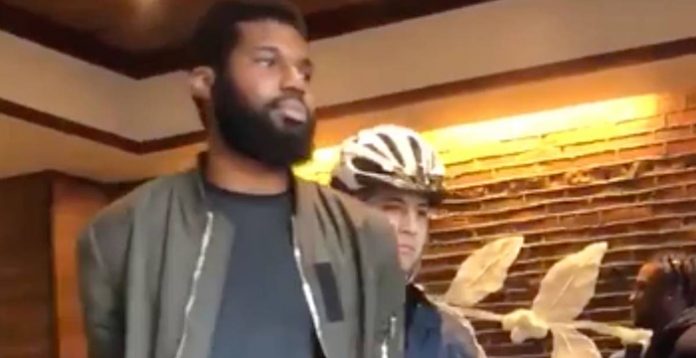 In a viral incident, two Black Customers at a Starbucks outlet in Philadelphia were wrongfully Charged of tres-passing when they were waiting for a friend. The employees at Starbucks said that they saw two men come in and sit, and after that, they decided to use the washroom without ordering anything. According to their policy they cannot allow a non-paying individual to come in and use their restrooms.

So thy said that when they asked the men to leave, they didn’t, and that’s why they had to call the cop. Eventually, a man named Andrew Yaffe arrived and told the cops that the two men were waiting for him and even asked the other customers seated around if they thought that the cops were being bia-sed. However, the cops did not listen to Andrew’s claims and went on to detain the two men.

The p-olice commissioner of Philadelphia said that his officers were justified in ar-esting the two men because they got a call from the employees saying someone had tres-passed into their premises. The video quickly went viral, and the hashtag #BoycottStarbucks started to trend on Twitter.

The video gathered millions of views, and Starbucks released a statement of apology and told that they are reviewing their policies so that such a thing doesn’t occur again. The CEO of Starbucks, Kevin Johnson, admitted that it was hard to watch the video and that the act was not in accordance with the mission of the company.