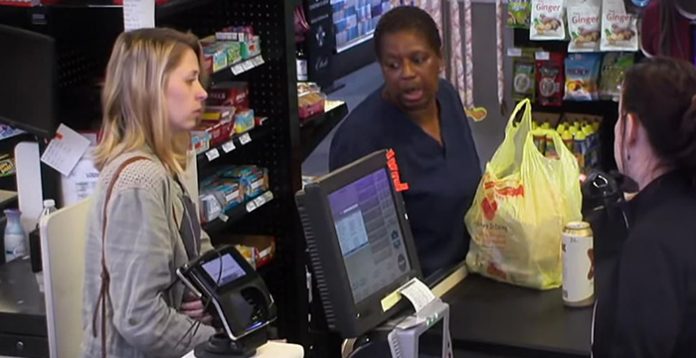 The popular show, “What Would You Do? won millions of hearts and for those who don’t know about the show, it’s a show hosted by John Quiñone, where different actors portray different characters according to the situation needed to observe common people’s reactions. One time, the show focused on helping people who were a little short on cash.

The initial scene of this episode begins with a woman purchasing groceries with food stamps, but still wanting $12. The cashier, who is originally an actor, has a lot of comments to make about the situation which grabbed the attention of the people present at the store. The great part of the show is that many scenarios are based on true events which once occurred and were formatted into an episode.

Many episodes of this show end up making people emotional but this episode was exceptional. Similarly, this episode was based on a true event– an incident at Albertson’s grocery store, where a cashier was arraigned for making disgraceful remarks towards a customer for using food stamps. It’s quite normal for people to seek help from the government, for basic requirements.

In the episode, you see the cashier being disgraceful as a woman’s groceries require $12. The woman then inquires if any coupons can be applied, only leading to some more remarks. During that time, a woman standing behind the actress, jumped into the scene to pay the remaining amount. The cashier made rational remarks about, “mishandling the system,” however, no one was having it.

Soon one by one many customers step in to control the situation and support the woman. The amazing part was seeing so many customers moving forward to help, who must be in specific financial situations themselves. When asked why they stepped in to help, one customer said, “It’s the human thing to do.” The generosity and affection which we see portrayed on the show truly inspire many people to be kind and restore faith in humanity.