This 94-Year Old Mother Of 18 Has Been A Crossing Guard For 25 Years, Keeping Students Safe, Has No Plans To Retire- Video 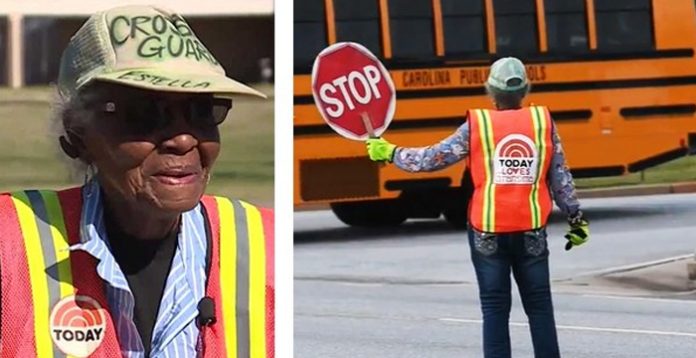 At the age of 69, she began working at the company 25 years ago. “Back then, my son-in-law was a officer,” she explained. And he needed someone, so I agreed to help him for a few days.” However, the few days quickly grew into years.

Williams, who is also a mother of 18 children, is currently the state’s oldest crossing guard and one of the most senior crossing guards in the country. “Yeah, I’m the one that keeps the kids safe.” “And the people,” she said. When social media users learned about the 94-year-old woman who is still working without giving excuses, they were completely awestruck.

The story hits them hard since this generation requires extended weekend parties to recharge their batteries after a tough week of work. People on social media started thanking the woman for her strength and resolve, vowing that they would never forget the lovely message she had sent to them via her courage and will.