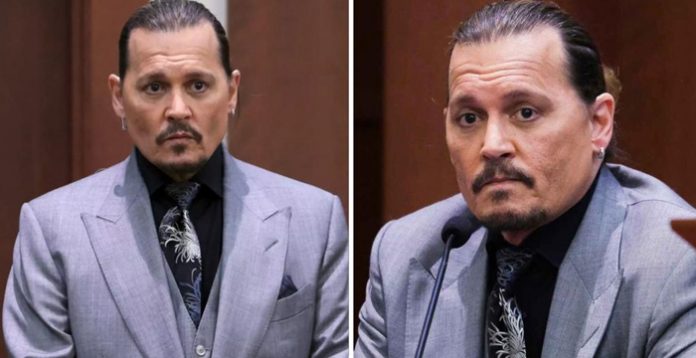 Amber Heard’s lawyer asked Johnny Depp if he would turn down a $300 million offer from Disney to reprise his role as Captain Jack Sparrow. Take a look at what he stated. Pirates of the Caribbean, Johnny Depp’s most renowned film franchise, will continue without him, after it was disclosed that a new instalment is in the works, starring Margot Robbie.

In his Virginia trial evidence, the actor was asked if he would ever reprise his role as Captain Jack Sparrow if Disney offered him a lucrative deal.

While the actor claims that Amber Heard’s 2018 op-ed on her experience as a do-mestic vi*ence survivor ha-rmed his career, the actress’ attorney disclosed that the star was being substituted as Jack Sparrow well before the op-ed was published. When asked about it in court, Depp said, “Disney was attempting to brak relationships to be safe,” according to Variety.

The actor was also questioned whether it was correct that he did not want to come back to the franchise, to which he replied, “Yes, that is correct.” When asked if his choice would have stayed the same even if Disney made a huge offer, the actor said yes.

According to Variety, the court discussion involving Heard’s attorney, Ben Rottenborn, and Depp was, “Mr. Depp, if Disney offered you $300 million and a million alpacas, nothing on earth could persuade you to return to work on another ‘Pirates of the Caribbean’ movie. “Is that right?” asked Depp, to which he answered, “That is completely right.”

Johnny Depp talking about how he was asked to come back and write Pirates 6 before getting cut off #JusticeForJohnnyDepp #JohnnyDepp pic.twitter.com/2K4KKoKP65

With this statement, Depp made it abundantly clear that he is done with the Pirates of the Caribbean series and his role as Jack Sparrow. In terms of the actor’s other projects, he was recently ousted from the Fantastic Beasts franchise, where he portrayed Gellert Grindelwald.

For the third instalment of the franchise, the actor was substituted by Mads Mikkelsen.

The most recent instalment of the highly successful Pirates of the Caribbean franchise, Pirates of the Caribbean: De*d Men Tell No Tales, was released in 2017, and it starred Johnny Depp as Jack Sparrow. The idea at the moment was to produce a sixth part swiftly in order to finish up the series and Jack Sparrow’s voyage, which commenced all those decades previously in 2003.

What Disney intends to do with Pirates of the Caribbean is currently unclear. According to previous rumours, two distinct films are now under production.

The first is supposedly being penned by Christina Hodson, who has cast Margot Robbie from The Sui*ide Squad to play in the film, which will operate as a spinoff-slash-reboot, while the second is being scripted by Ted Elliot and Craig Mazin and will be a more direct continuation.